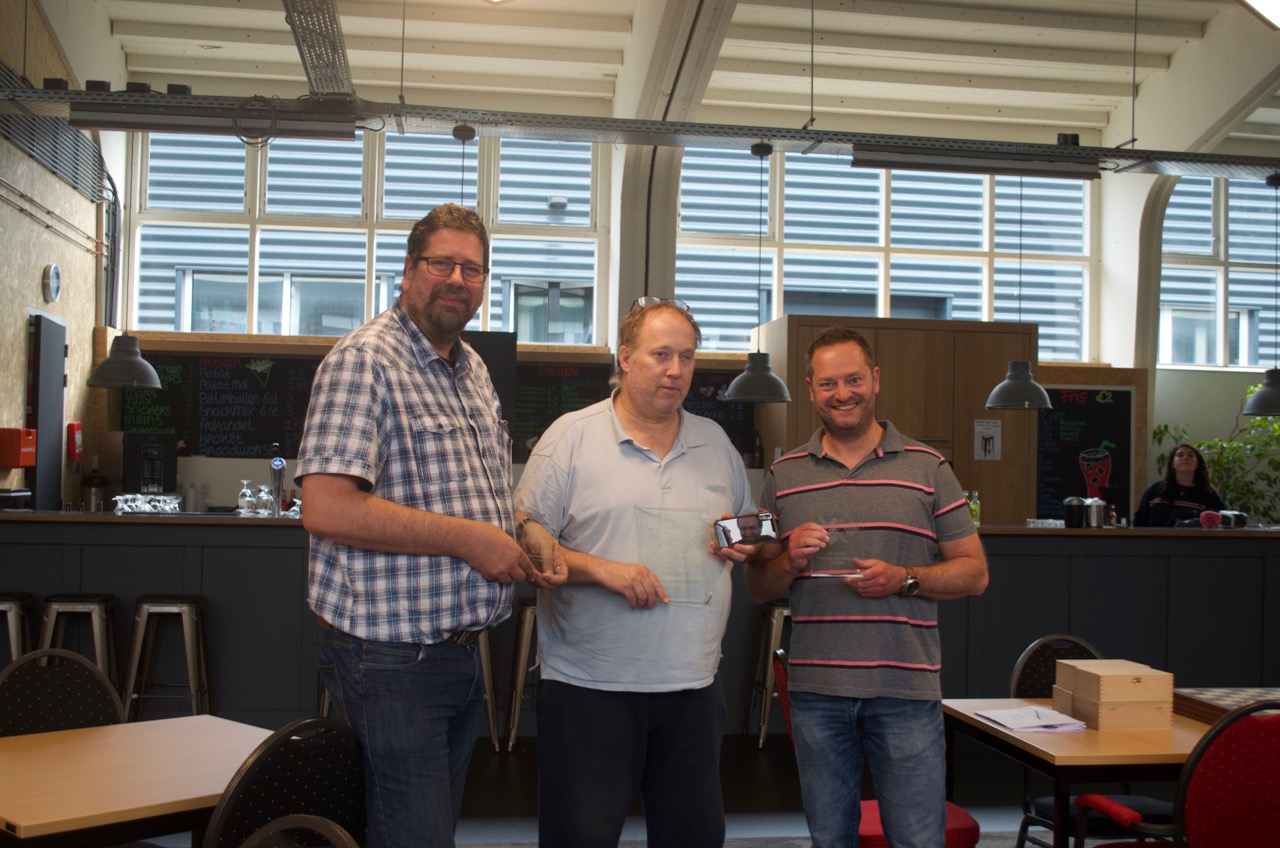 After a weekend of play in the new location in Amersfoort, 7 rounds with 8 participants, Komodo won the tournament by beating all the opponents. RofChade put up a good fights in the last round, but could not manage to beat Komodo and therefore it became second. Third place was for The Baron, which won its game easily against Spartacus in the last round whereas Arminius lost to The King. Both went into the last round as the possible number three. At the other end Spartacus was not able to score, Nemeton scored only one against Spartacus. The shared fifth position was for The King and FrankWalter.

An overview of the programs can be found here: Participants

The games can be viewed below, click on the '...' for selecting the game and they can be downloaded from our download pages: default PT55 (23 KB) .

Photos by Jan Krabbenbos of the whole event including the User Tournament and Draughts Tournament.